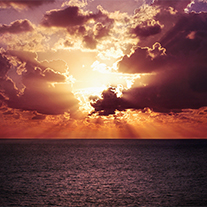 LESLIE “LES” LOYD HANSEN was the youngest of five children born to Hans and Emma (Winter) Hansen on August 19, 1932, on the family farm near Canby, Minnesota. At the age of 6, Les relocated to a farm in Tyler, Minnesota with his family where he attended school. At an early age, he began helping his father with farm and construction work. Les was drafted into the U.S. Army in 1952. He completed his basic training in Kentucky before his tour in Korea. After his honorable discharge in 1954, he returned to Tyler, then moved to Mankato, Minnesota to attend trade school while working part-time at a local gas station. He was married to Sylvia Andersen on March 16, 1956. The couple returned to Tyler in 1958, and leased a gas station in town, which they operated for six years. Les began working at the Ford garage as a mechanic until his retirement in 1990. Until the spring of 2007, he helped out with mechanic work at Virg’s Auto Sales and Service. In his spare time he enjoyed woodworking and camping. On Sunday, June 2, 2019, Les passed away at the age of 86 years, 9 months, and 14 days.

He will be remembered by his wife, Sylvia; daughter, Debra (Gary) Rosenthal of Bertha, Minnesota; grandsons, Jeffrey and Nicholas Rosenthal; sisters-in-law, Carol and Marcia Hansen; and brothers-in-law, Richard (Dorothy) and Rodney (Janet) Andersen. Les was preceded in death by his son, Michael Hansen; and sibling, Vernon, Virgil, Milo, and Viola.